In this blog, for simplicity, we take Raspberry Pi 3B as our demo development board, for which we are building the cross compiler. Some references can be found at:

How to install crosstool-NG are thoroughly summarized at its official website. In my case, I had it installed under folder /opt/compilers/crosstool-ng. Let’s take a look:

And make sure /opt/compilers/crosstool-ng/bin is under environment variable PATH.

Under any directory that you want to save your .config file, we can configure our target cross compiler. 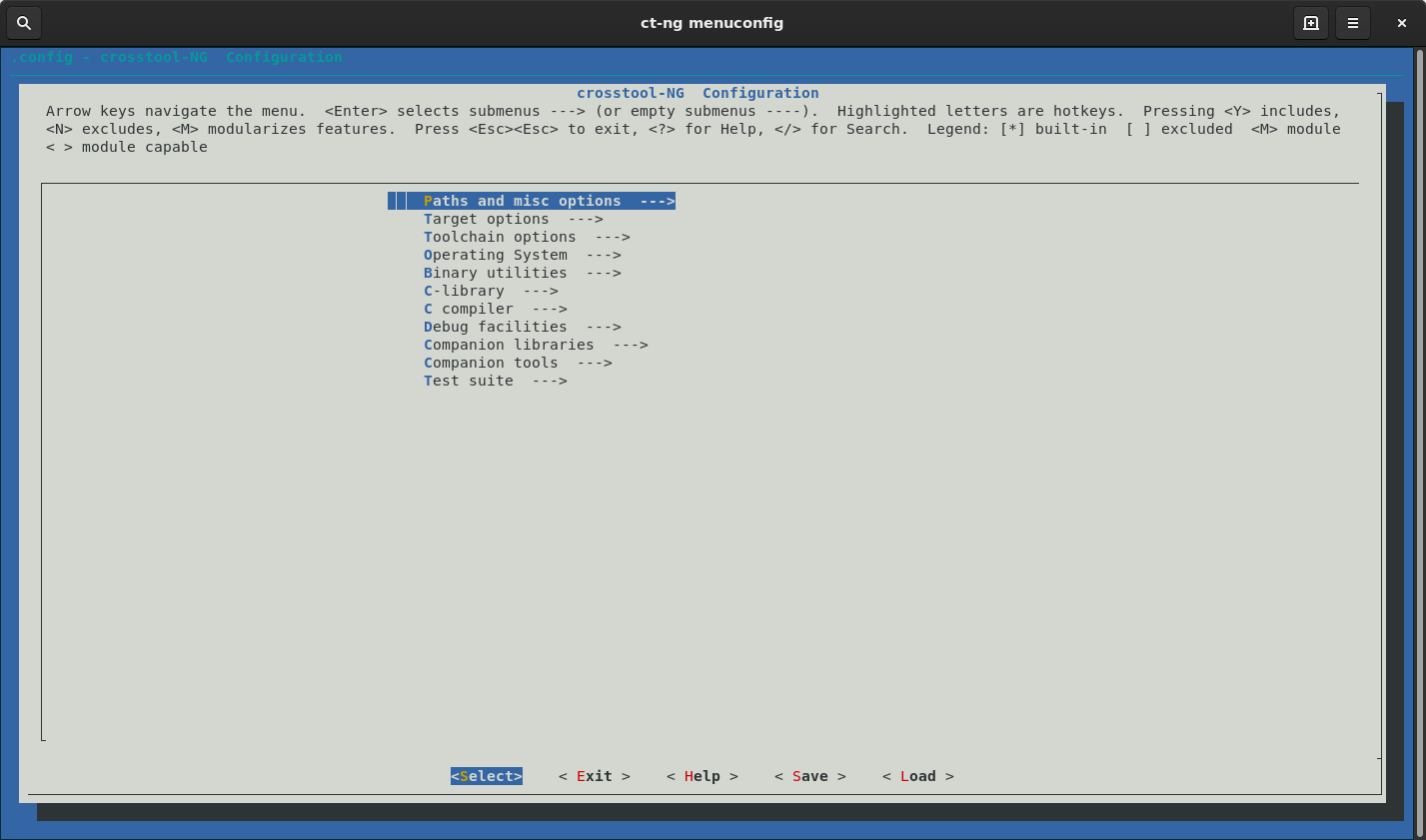 According to elinux: RPi Linaro GCC Compilation, we need to do the following selections:

This process may take a while. I’m going to sleep tonight. Continue tomorrow…

Let’s FIRST take a look at what’s under the current folder.

And then, let’s take a look at what’s built under the specified destination folder.

Finally, let’s take a look at the version of our built cross compilers for Raspberry Pi 3B.

Additional issue: It seems current crosstool-NG does NOT officially support Python. Please refer to my issue at crosstool-NG.

4. Compile/Build a Package with Generated Toolchain

For most of the packages nowadays, they are

How to use our generated toolchain to compile/build our target packages?

Today, we’re going to take the package flann as an example, which are to be built with CMake.

By following CMake Toolchains - Cross Compiling for Linux, we FIRST modify flann CMakeLists.txt a bit by adding the following lines before project(flann).

In addition, for the emulated Raspberry Pi 3B sysroot, hdf5 is NOT supported. Therefore, let’s simply comment out the following line in flann CMakeLists.txt.

and press c and then t, you’ll see the cross compiling toolchains have been automatically configured as:

The LAST step before make is to modify some of the parameters accordingly, in my case:

A warining of missing hdf5 is clearly reasonable and acceptable. Then press g.

Finally, it’s the time for us to cross build flann.

Finally, you’ll see flann has been successfully cross compiled as:

BTW: do NOT forget to install the header files.

Alright, that’s all for today. Let me go to bed. Good bye…