It’s been over a year and a half for JeVois to have this second generation of smart camera JeVois Pro. Although JeVois failed to pledge its campaine goal on Kickstarter, it’s still my great pleasure to give it a try. Again: JeVois Pro is made of China.

JeVois Pro and JeVois respectively look like the following: 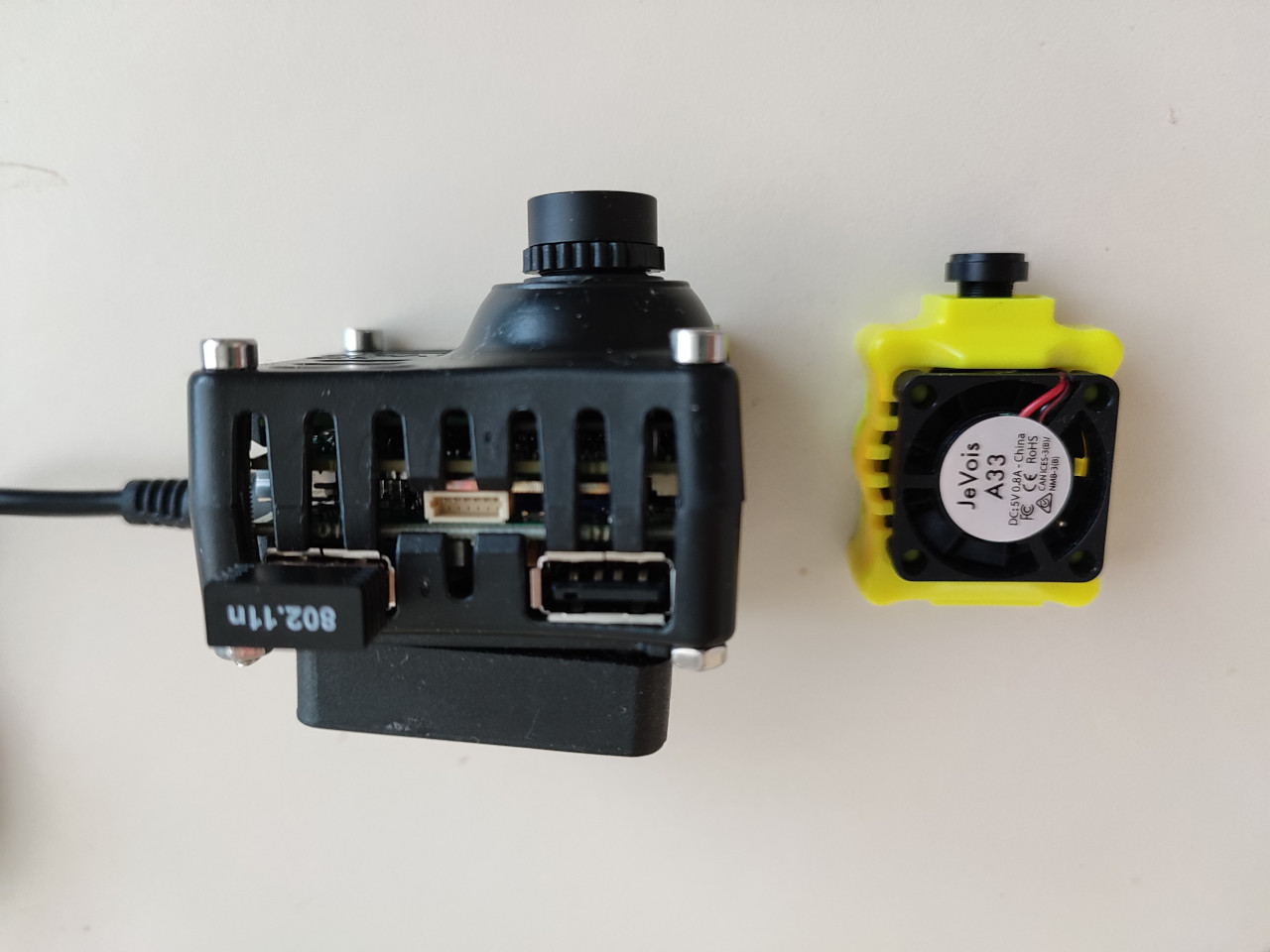 Now, let’s follow the Quick Start and take a test of JeVois Pro. After successfully flashing the TF card, let’s boot up JeVois Pro, For the first booting, it’s better we connect both HDMI and keyboard and mouse. 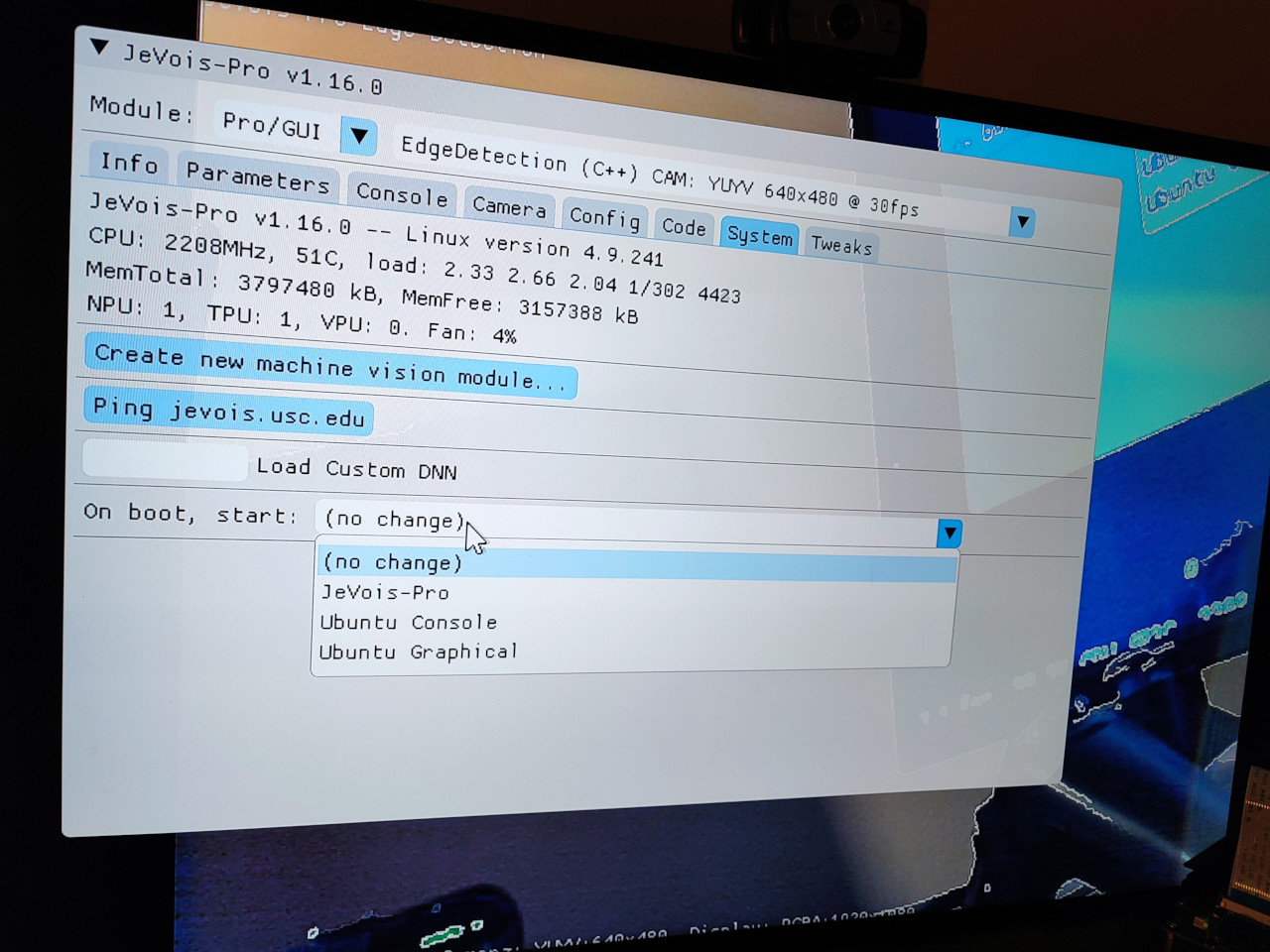 For my convenience of setting up the network, I chose Ubuntu Graphical. And, now it’s the time for us to plug in our Wifi dongle/module before rebooting. Then, reboot. 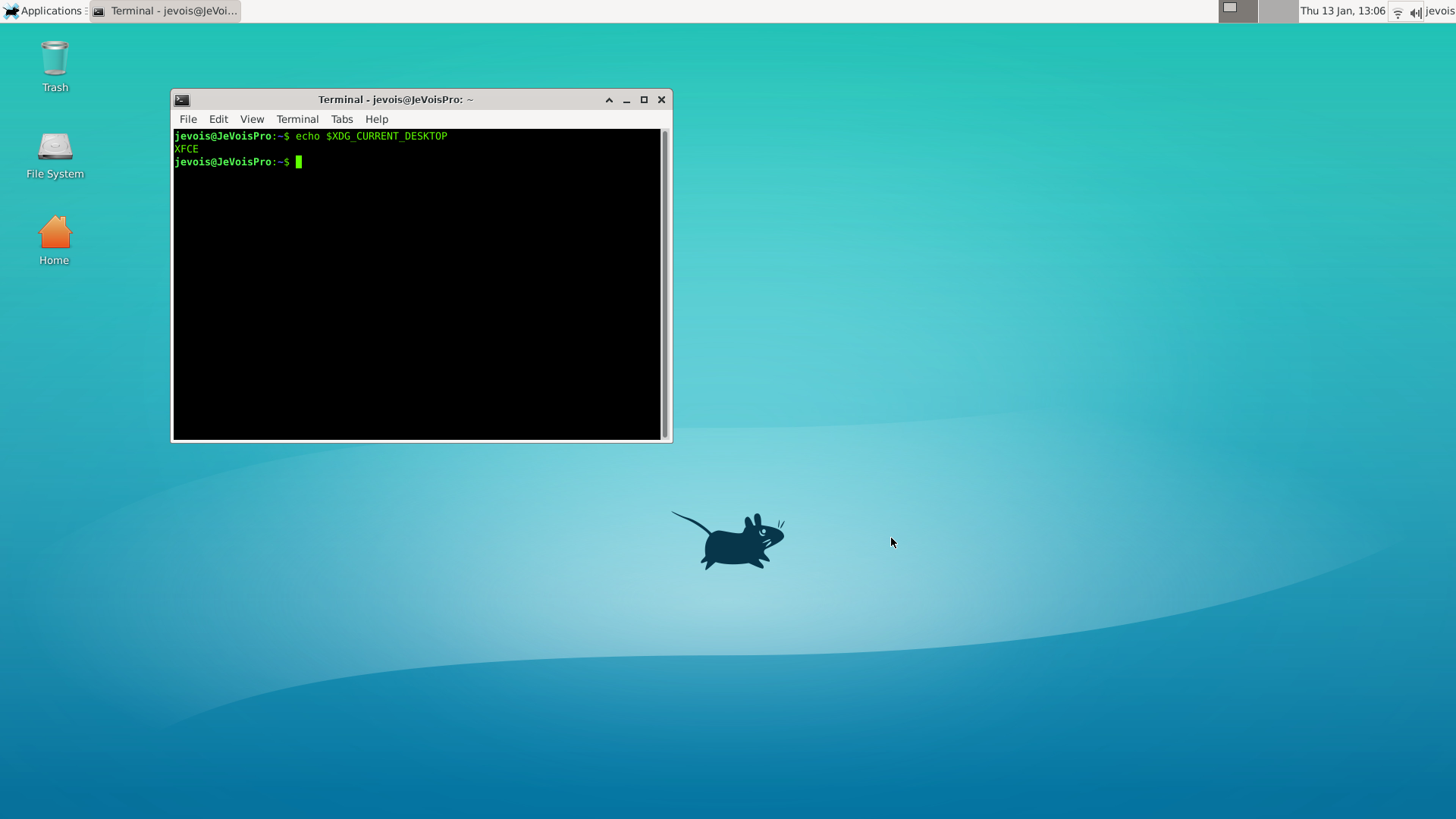 According to my Email to JeVois Inc. and their reply, JeVois Pro hasn’t implemented the video streaming part yet. Clearly, two streams are needed to be transferred via Wifi:

Let’s leave this issue aside for now…