Today’s concert: ONE WORLD : TOGETHER AT HOME. Yup, today, I’ve my previous blog updated. A lot of modifications. Khadas VIM3 is really a good product. With Amlogic‘s A311D with 5.0 TOPS NPU, the board itself comes with a super powerful AI inference capability.

What a sunny day after the **FIRST** snow in this winter. Let me show you 3 pictures in the first row, and 3 videos in the second. We need to enjoy both R&D and life…

After a brief break, I started investigating Khadas VIM3 again.

Khadas VIM3 is a super computer based on Amlogic A311D. Before we start, let’s carry out several simple comparisons.

As mentioned in VIM3 Beginners Guide, Krescue is a Swiss Army knife. As of January 2020, Krescue can download and install OS images directly from the web via wired Ethernet.

2.3 Setup Wifi From Within Krescue Shell

If you really don’t like the WIRED connection, boot into Krescue shell, and use the following commands to set up Wifi:

2.4 SSH Into Krescue Via Wireless Connection

Let’s take a look at the SD card device:

Let’s bring back Krescue GUI by command krescue, and select VIMx.Ubuntu-xfce-bionic_Linux-4.9_arm64_V20191231.emmc.kresq and have it flashed onto EMMC.

Actually, the 8th image in the above just showed Ubuntu XFCE desktop. We can also SSH into it after configuring Wifi successfully.

It looks current OpenCV on current **VIM3_Ubuntu-xfce-bionic_Linux-4.9_arm64_EMMC_V20191231.img is a kind of outdated. Let’s just remove package **opencv3 and have OpenCV-4.3.0 installed manually.

To flash either of the above systems onto a TF/SD card is simple. However, both are ONLY for SD-USB, instead of EMMC. For instancen:

Before moving on, let’s cite the following word from Boot Images from External Media:

In this section, we’re testing the computing capability of Khadas VIM3‘s NPU.

Before everything starts, make sure you have the galcore module loaded, by using command modinfo galcore.

Extract the obtained aml_npu_sdk.tgz on your local host. Bear in mind that it is your local host, BUT NOT Khadas VIM3. Relative issues can be found at:

Afterwards, the models applicable on Khadas VIM3 can be obtained by following Model Conversion. Anyway, on my laptop, I obtained the converted model as follows:

Do I need to emphasize that I’m using Tensorflow 2.1.0 ? Anyway, check the following:

You can of course cross-build the case code on your local host, instead of Khadas VIM3 by referring to Compile the Case Code. (The document seems NOT updated yet.) Instead of using 1 argument, we specify 2 auguments, one for aml_npu_sdk, the other for Fenix.

inceptionv3 now should be ready to use, but in my case, it’s NOT working properly. It’s probably because Fenix is NOT able to provide/represent the correct cross-compile toolchains for my installed VIMx.Ubuntu-xfce-bionic_Linux-4.9_arm64_V20191231.emmc.kresq. Anyway, this is NOT my preference.

Let’s leave this for the next section 4.4 Run Executable on Khadas VIM3.

And with command line dpkg -L aml-npu, you’ll see what’s been installed by aml-npu. However, due to its commercial license, I may NOT be allowed to show anything here in my blog.

Where is the sample to run? /usr/share/npu/inceptionv3.

Clearly, ALL (really???) required development files have been provided by aml-npu, in such, we should be able to build this demo inceptionv3 out by ourselves.

Besides aml-npu from repo, in order to have the demo inceptionv3 fully and successfully built, you still need aml_npu_sdk from Khadas. In my case, you do need acuity-ovxlib-dev, and let’s do export ACUITY_OVXLIB_DEV=path_to_acuity-ovxlib-dev.

This is almost the same as folder nbg_unify_inception_v3 shown in 4.2 Model Conversion on Host.

Now, The MOST important part is to modify makefile.

My makefile is modified as follows.

In fact, you still need to modify common.target a little bit accordingly. However, to disclose it in this blog is still NOT allowed I think. Anyway, after the modification, let’s make it.

Don’t worry about the error. It just failed to run the demo, but the executable inceptionv3 has already been successfully built under folder bin_r.

This is the original status of ALL files under bin_demo. Let’s copy and paste our built bin_r/inceptionv3 into this folder bin_demo. The size of the executable seems to be dramatically decreased.

Now, let’s copy the built inception_v3.nb from host to Khadas VIM3. It seems inception_v3.nb built by Tensorflow 2.1.0 on host is of the same size as provided by Khadas.

By comparing to imagenet_slim_labels.txt under current folder, let’s take a look at our inference results. Only the FIRST inference is qualified because of the probability.

5.1 How to Boot Images from External Media?

There are clearly 2 options:

5.2 How to flash Manjaro XFCE for Khadas Vim 3 from TF/SD card to EMMC?

ONLY 1 operating system is preferred. Why??? Khadas VIM3 board comes with a large EMMC of size 32G.

After a VERY long time struggling, I would really like to emphasize the quality of Type C cable and power adaptor again. Try to buy things NOT from Taobao.

Finally, I had Manjaro XFCE for Khadas Vim 3 on SD card booted and running, as follows: 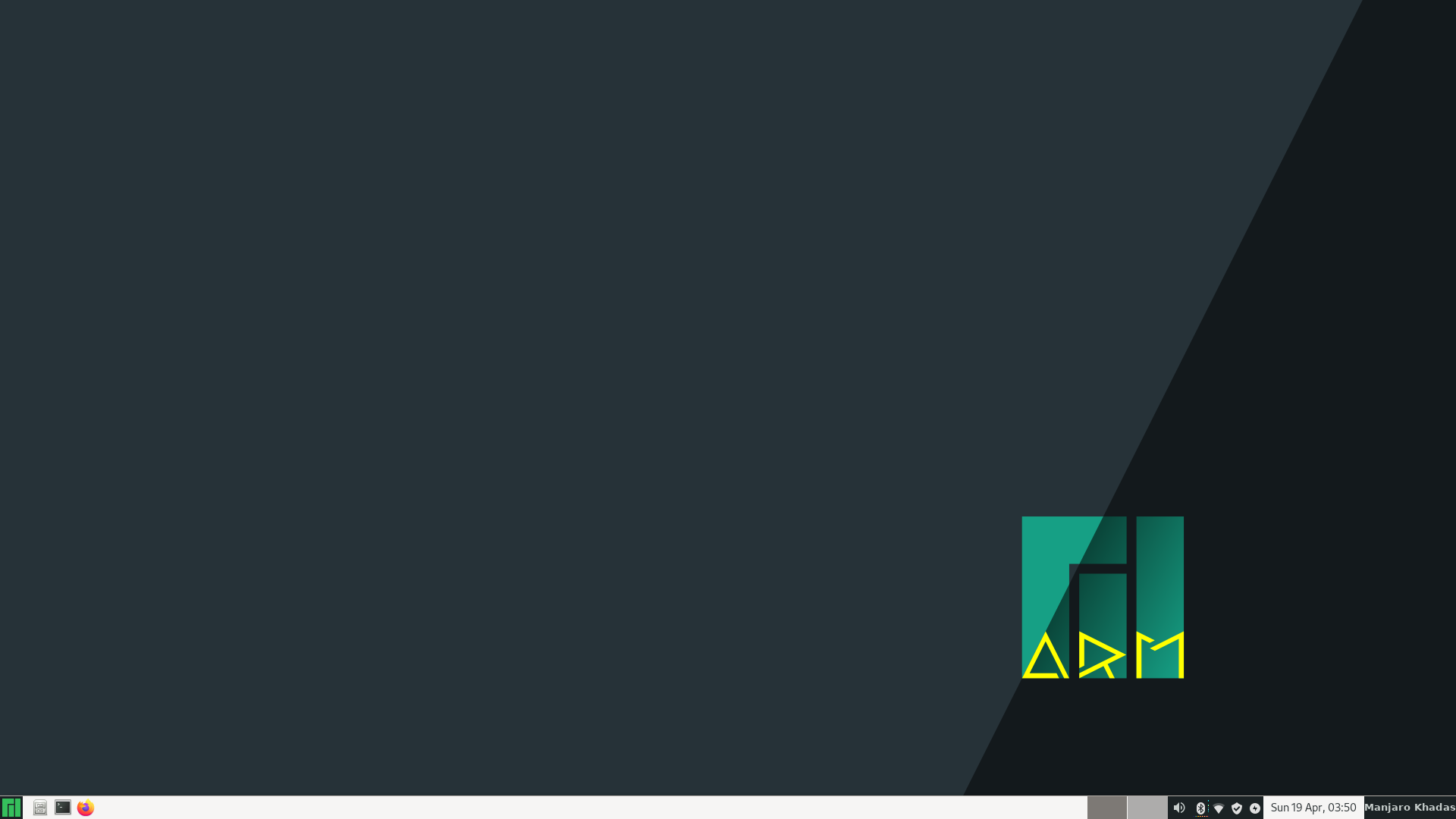 It seems Arch Linux is totally different from Debian. What can I say? Go to bed.